When we mention women and art history together, we usually think in terms of female painters, sculptors, or architects. Names such as Livania Fontana, Elisabeth Vigee Le Brun., Artemisia Gentileschi, Georgia O'Keeffe, Berthe Morisot, Frida Kahlo, Louise Nevelson, come to mind. These women, and many others I've written about in the past have, in their own individual work "changed" art history. Technically, the title above should probably read, "Women Who Changed the Course of Art History" but that seemed a little too long. In most cases, the women below were not artists. They were women who, by purchasing paintings and sculptures, became collectors and tastemakers, supporting artists’ careers, and--through portraiture--generated enduring images of themselves. In many instances, these women, by commissioning public buildings, churches, and museums created potent architectural spaces for preserving their legacies and that of their personal art collections. By developing world-class collections and creating major art museums, these women have truly shaped the course of art history. While my selection is by no means exhaustive, it highlight seven extraordinary female patrons spanning geographies and centuries who have changed the way we look at art.

We could go back as far as the Egyptian queen Hatshepsut from around 1479–1458 B.C. as we look at some of the most influential women in the history of art. But I think a good starting point would be the Renaissance and the Marchioness of Mantua, Isabella d’Este. Sometimes referred to as the “First Lady of the Renaissance," she turned the city of Mantua into an important cultural center as an influential and beloved politician, art patron, and fashion icon. It's said that her husband, Francesco Gonzaga, Marquess of Mantua, became jealous of her popularity in the region. To escape his resentment, Isabella traveled to Rome. There she spent time in the influential circles of Pope Leo X (a prominent patron himself) and met artists such as Leonardo da Vinci (above), Raphael, Michelangelo, Titian, Pietro Perugino, Andrea Mantegna, Giovanni Bellini, and Giorgione. In these artists’ portraits of the patroness, Isabella appears as a pale and regal beauty with an exuberant taste in clothes. In an unusual move for the time, Isabella arranged her apartments as a kind of museum. The studiolo and grotta in the ducal palace became places for her to entertain nobles, dignitaries, and artists, and to show off the works that she had commissioned. In this way Isabella inserted herself into spaces traditionally allotted to men. After her husband died, Isabella became co-regent of Mantua with her son, Federigo II. Her people so admired her that they persuaded Federigo to reinstall his mother as their leader. Through her collecting and her noble background, Isabella established networks across Europe that furthered her influence.

In France, King Louis XV’s most famous mistress, Jeanne Antoinette Poisson—better known as Madame de Pompadour—commissioned so much artwork during her time in the court that 19th-century French writers began calling her the “godmother and queen of the Rococo.” Madame de Pompadour was actively engaged in her many portrait commissions, using them to show off her style, document her accomplishments, and enhance her power in the French court. Previous court mistresses favored allegorical representations of themselves. Madame de Pompadour’s portraits, on the other hand, reflect her glamorous, enlightened life, and are filled with objects and symbols that allude to her cultural and intellectual refinement. Paintings by artists such as François Boucher (above) and Maurice-Quentin de la Tour depict her in over-the-top gowns with ruffles and embroidered flowers indicating how she fashioned herself as a trendsetter surrounded by books, globes, classical statues, music instruments, and sheet music. So great was her cultural authority that long after her intimate affair with Louis XV was over, Madame de Pompadour continued to live at Versailles and wield influence in his court.

Queen Catherine the Great of Russia used art patronage to elevate her country's standing and power in Europe. During her reign, the country expanded its borders to include around 200,000 square miles, becoming a dominant nation on the Continent. She seemed to prize quantity over quality, and viewed art collecting as a competition. After taking the throne in 1762, she quickly bought 225 paintings from a Berlin dealer that included work by Frans Hals and Rembrandt. Throughout her 34-year reign, Catherine gradually acquired entire private collections from around Europe to prove her superior wealth over other European rulers who might want them. Eventually, she amassed around 4,000 paintings. Many artists painted Catherine’s portrait. The French painter Élisabeth Vigée-Le Brun spent time in her court. In 1764, the empress turned the Baroque Winter Palace into an exhibition hall to showcase her collection. In 1852, the galleries opened to the public as the Hermitage Museum, which remains St. Petersburg’s most popular tourist attraction today and now contains over 3 million artworks. The Hermitage thus became an archetypal public institution that helped create a favorable image of Russia in the West.

Gertrude Stein was an American expatriate writer who hosted the avant-garde art world at her Paris salon. Through collecting art, she solidified her position among avant-garde artists in Paris, and founded a community that was supportive of both her experimental work and her lesbian lifestyle. In 1901, Stein had dropped out of Johns Hopkins Medical School and followed her aspiring-artist brother, Leo, to London and then to Paris. Through Leo, she began to acquaint herself with the bohemian artists living around the Montmartre neighborhood. In 1905, Stein met Pablo Picasso. He began to paint her portrait, which he finished the next year. It was a crucial step in the development of modernism: In the picture, Stein’s face adopts a flatness and mask-like quality that Picasso would soon push to the extreme in Les Demoiselles d’Avignon (1907), the first Cubist painting. Stein’s patronage helped Picasso to continue painting throughout the early 1900s before he received international acclaim. She also collected work by Cézanne, Juan Gris, and Henri Matisse. Meanwhile, Stein produced her own groundbreaking body of literature, which grew to include such titles as Three Lives, Tender Buttons, and The Autobiography of Alice B. Toklas.

In lieu of heirs to her linen and finance fortune, Isabella Stewart Gardner gave birth to a museum that brought European masterpieces to her beloved hometown of Boston. Throughout her life, she’d take inspiration from her travels; Venice’s Palazzo Barbaro inspired the architecture of her museum. Following the death of her father in 1891, Gardner inherited around $1.7 million (over $45 million today). She was already a collector of rare books and manuscripts, but with this influx of cash, she turned her attention and funds towards European art. Later that year, she outbid the Louvre and London’s National Gallery to purchase Johannes Vermeer’s The Concert (1663–66), asserting her taste and wealth at an elite, international level. From 1899 to 1901, Gardner oversaw the construction of her museum, which featured quarters on the fourth floor that served as her own home. After her husband died, the Isabella Stewart Gardner Museum was Gardner’s comfort and family for the remaining years of her life. Her collection grew to include such masterpieces as a self-portrait by Rembrand and Titian’s Rape of Europa (1562), Gardner was also a patron to American expat portraitist John Singer Sargent (above). Gardner expanded beyond European painting, as well, purchasing Asian and Islamic art, which, in an unusual move, she displayed side-by-side with Western works.
During the early decades of the 20th-century,A’Lelia Walker’s Harlem townhouse and her ritzy, white stucco palace in Irvington, New York, became legendary meeting places for figures of the Harlem Renaissance. Walker’s mother, Madam C.J. Walker, became the first self-made female millionaire by expertly marketing and distributing “The Walker System,” her line of hair care products for black women. In 1913, A’Lelia pursuaded her mother to purchase two townhouses on West 136th Street in uptown Manhattan. They hired New York State’s first licensed African-American architect, Vertner Woodson Tandy, to renovate the properties into a single living-workingddddddddd space amenable to both business and entertaining. Tandy also constructed their Irvington home, Villa Lewaro, in 1918. Walker's Harlem apartment was known as the Dark Tower. There she hosted soirées where writers and musicians such as Langston Hughes, Zora Neale Hurston, and Countee Cullen could freely mingle. She adored the company of lesbians and gay men thus her parties had a distinctly gay ambiance serving as safe spaces for the gay culture of her time. Elegant homosexuals such as Edward Perry, Edna Thomas, Harold Jackman, and Caska Bonds were her closest friends. Walker’s parties created a sense of community crucial to the work of many African-American artists in her day.
Russian-American Edith Halpert was the founder of the Downtown Gallery in New York City. Her groundbreaking mid-century gallery turned exhibitions into political platforms. The Russian-Jewish immigrant moved to New York with her family around 1906. Through gallery-hopping and courses at the National Academy of Design, she developed an early appreciation for art. In 1926, Halpert opened the Downtown Gallery in what was then the bohemian Greenwich Village. She was devoted to supporting living American artists and exhibited work by Stuart Davis the first major gallery show by an Afro-American artist in New York. She debuted Lawrence’s “Migration Series” (1940–41) and took aggressive steps to sell the work. Her hard-driving strategies worked, as Halpert placed Lawrence’s entire series in elite East Coast institutions including the Museum of Modern Art and the Phillips Collection with each acquiring half. After the U.S. instituted a policy of Japanese internment during World War II, Halpert showed the work of Japanese-born artist Yasuo Kuniyoshi in protest.
Art patronage connects aesthetic taste with money and power. Art can also serve diplomacy when collectors host a political fundraiser in rooms filled with work by marginalized artists or when they give a world leader a portrait of themselves as a gift, they signal specific values and ambitions. For hundreds of years, patriarchal societies around the world have excluded women from traditional leadership roles. Nonetheless, these seven women, as patrons of the arts, were able to exert soft power in creative ways. These women were drawn to the intellectual and philosophical opportunities that art provided in eras when they had limited access to higher education. Down through art's many eras, dozens of male artists owe their careers to these farsighted ladies. 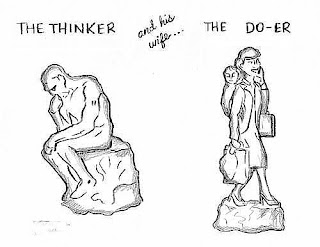