About a week ago I had a friendly e-mail exchange with one of my readers regarding a painting by Petrus Christus which I had mistitled St. Eligius in his Workshop (probably its original title), but in any case not the one most commonly used today--Goldsmith in his Shop. In doing some in-depth research on the artist the writer had become confuse when my title didn't correspond to one she found on the Metropolitan Museum of Art web site. It was a relative minor error having nothing to do with topic (one-point perspective). As errors go, I've certainly made much worse. However, to avoid future confusion, I dutifully included both title references. In thinking about the incident, it occurred to me that researching art (or any topic) has changed drastically in recent years with the advent of computers and the astronomical growth of the Internet. Yet, there are few guidelines having to do with the reliability and use of these new fingertip resources. And, as convenient as they are, there are numerous pitfalls to be understood and avoided.

First of all, some general guidelines as to reliability and accuracy:
﻿ ﻿
1. If there's a major museum or university con-nected to the website you can almost take any information found there for Gospel truth. Those providing it are professionals with reputations to protect.

2. If the website is selling anything, just the opposite is true. It may be a good place to download a reasonably good image but often there is little background, and if there is (even such basics as the artist's name and date when the work was completed), double-check the accuracy from some other source.

3. If the Website is an online ency-clopedia be aware that the accuracy of any information garnered depends entirely on the nature of the online review. For instance, Encyclopedia Britannica Online is legendary for its reliability. Full access is $69. per year. Wikipedia, on the other hand (though improved in recent years), is legendary for the opposite reason. It is one of the most popular Web sites in the world, with mirror versions available in 251 languages. However, due to faults in its open-content structure, keep the salt-shaker handy. Yet, it is free, though, as always, you get what you pay for. (By the way, if you're doing a research paper for a college-level course, I suggest you not list Wikipedia in your bibliography.)

4. If you're concerned as to which browser (or search engine) is best, don't be. There are major technical differences in the algorithms, etc. but there's not a half-ounce of difference as to the good, better, and best of them. They're like a car. They get you where you want to go, but beyond that, it comes down to a matter of habit, which one you've used the most and become most com-fortable with. Personally I drive a Bing. My wife prefers her Google. We've never raced them but my instincts tell me I'd win if we did.

5. I'm a little reluctant to say this, but at the bottom of the trustworthy list are personal art blogs like mine (for reasons I outlined at the beginning, if none other). Virtually ALL the information contained within them is second-hand. They are candy-coated research designed as much to entertain as to inform. Moreover, they are rife with opinions. Some, such as mine, are based upon some degree of learning, experience, time, and effort (five or six hours a day of the latter in my case). Others are rich in bovine garden nutrients.

Speaking of experience, here are some Websites which I've come to use from time to time. Each have some value depending upon the circumstances:

Artcyclopedia--If you’re looking for information on artists or art movements, Artcyclopedia is a great place to begin. The site provides links to museum around the world where works by over 8,200 artists can be viewed. While most of the artists listed are painters and sculptors, there are also photographers, decorative artists, and architects. Any art or art history research can benefit from this site as a basic reference to other trustworthy sites.
﻿

Scholarpedia--a site running the same MediaWiki software as Wikipedia. It appears almost the same, but there are some differences. As the name suggests, Scholarpedia is written by scholars. Experts must be either invited or elected before they are assigned certain topics and, although the site is still editable by anyone like a wiki, updates must first be approved before they are made final. This not only ensures that all information added to the site is accurate and attributed to an author, the vandalism sometimes encountered on Wikipedia, never becomes an issue.﻿﻿

Infoplease--a free online encyclo-pedia that is a part of Pearson Education, the largest educational book distributor in the world. All of the information found on the site is gathered from trusted sources, such as the Columbia Electronic Encyclopedia and the Random House Unabridged Dictionary. Ent-ries are often more limited in size than those found on Wikipedia, but accuracy is almost guaranteed and cannot be edited by outside users. 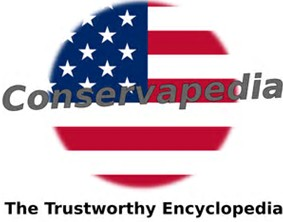 Conservapedia--as the name indi-cates, is a conservative, Christian-influenced wiki encyclopedia that was created as a response to Wikipedia’s alleged left-wing bias. The information found on this site is free of foul language, sexual topics and anything else deemed offensive by the site’s editorial staff. If you feel that Wiki-pedia is too liberal, then this site is for you. All Conservapedia users are asked to follow the site’s "Seven Commandments."

YouTube--icing on the cake for some of my blogs, indispensable for those dealing with motion pictures. 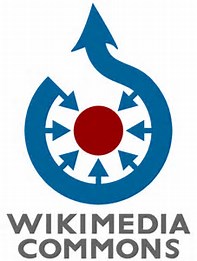 Wikimedia Commons--despite its affiliation with Wikipedia, I use this image-only source a lot, and have never found it lacking in the facts. On the downside, images very often show up in browsers as being available on its page ;when they're not. I hate it when that happens.﻿
﻿
﻿﻿

Pinterest--I have a love/hate relationship with this site. It's very often lacking in details such as titles and dates, (which I wouldn't trust very far even if they were available). Beyond that is the fact the site is often too much of a good thing. But, it can be relied upon when good, high-resolution images can be found nowhere else.

DeviantART--Great site if you're looking for cutting-edge digital art by talented young professionals. Titles and artists' names are sometimes not prominently listed, but by digging into the links a little, are usually available. Be prepared for some rather "off the wall" stuff. 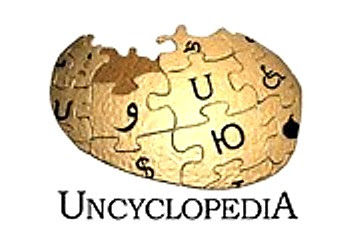 Uncyclopedia--could be seen as an over-the-top response to Wikipedia. From the home page’s logo to the formatting of each entry, the parallels between the two sites are uncanny and well-executed. Make no mistake, however. Nothing on Uncyclopedia should be taken as fact, which may be another dig at Wikipedia’s occasional inaccuracy. If you are fed up with Wikipedia’s many faults and want to have a good laugh, check out this hilarious satirical site. (Another site you might want to leave off your term paper bibliography.)