﻿
In visiting the art museums of foreign countries, it's not necessary to speak the language, nor even understand the spoken version. However, I have found that it IS necessary, or at least highly desirable, that one be able to read the native language as it applies to art. In general, Europeans tend to be pretty good at doing all three in at least two languages. Americans however, isolated an ocean away from anything other than Spanish, are terrible in this regard. Although I usually try to write from an international point of view, in this case, and for the aforementioned reason, I'm aiming this little art language lesson specifically at Americans.

It would be too much to ask in such a limited space and from one who speaks and understands only English to get involved in grammar and pro-nunciation, so I've therefore concen-trated upon French (this time) and only two areas of usage, surviving in the hundreds of French museums (just in Paris alone), and under-standing some of what you see and read. Don't expect much help from the French in this regard (right); they're great at labeling everything, but only in French. Also, to possibly save a little embarrassment, I've included a few gender specific words to help get over that horrendous stumbling block. First the museum vocabulary: 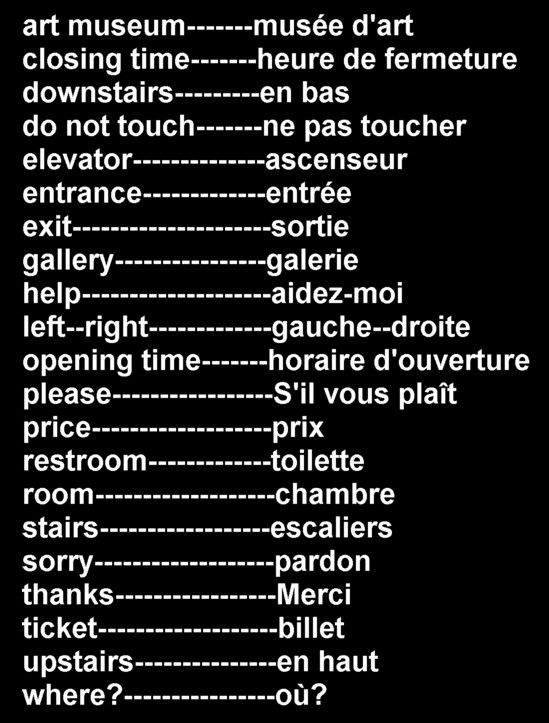 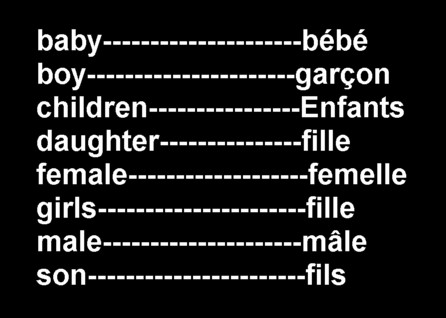 I should note that teaching French without being able to speak French puts me at a distinct disadvantage. If anyone more familiar with the language than I wishes to post comments below, I'd be more than happy to make any changed suggested. There's probably some shades of meaning that I've missed. If all else fails and you find yourself lost in the Louvre, there are three magic words that might help: "Parlez vous Anglais?"