I have always signed my paintings with a simple "J.Lane" adding the year mounted on top. I've been doing it that way for some fifty years or more. From what I've been seeing on the internet It would seem that I've been doing it all wrong for fifty years. I should have been signing my full name, "James Stanley Lane" all this time. Do you have any idea how many artists there are using some variation of the signature J. Lane? As an artist, if you've never Googled your name, you should. In just fifteen minutes, I found a Jaime Lane, plus a David J. Lane, a J. Lane Field, a Kenneth J. Lane, and a B.J. Lane (more on them later). And that's only those artists named J. Lane who have an internet presence of some sort. There are probably that many more who don't. 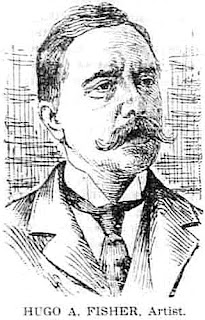 I came upon this situation in reading about an artist named Hugo Anton Fisher (below, right). He lived between the years 1854 and 1916. During his career of around forty years, the man found it necessary to sign his paintings in about four different ways. Starting around 1896, he signed his work "H. Fisher" with a left slant to his script-type signature. Later he switched to "Hugo Fisher" slanting his name either way from time to time. This was probably to differentiate himself from another artist named Harrison Fisher, (right) though one look at their work and you have to wonder why he bothered. No one would ever get them confused. Harrison Fisher had a passion for beautiful ladies. Hugo Fisher painted lots of cows (top and below) and sheep (above). Then finally, a series of very large impressive gouaches were signed "Hugo A. Fisher," denoting both his com-mercial success and the need to distinguish from his son, Hugo Melville Fisher.

Hugo Anton Fisher was an artist primarily known for painting landscapes in watercolor. He was born into a family of artists in Kladno, Bohemia (today the Czech Republic). In 1874, he immigrated to New York, and in 1886, he moved to Alameda, California, with his wife and children (a little north of San Francisco). About 1894, Fisher briefly moved to Hawaii and opened a studio in Honolulu, but soon left for the mainland late in 1896. Fisher died in Alameda, California in 1916. 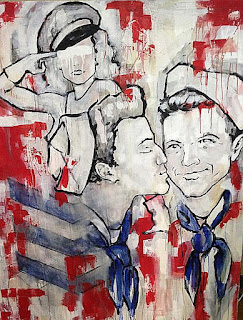 As for the other J. Lane artists, Jaime Lane appears to be a feminist painter living in Des Moines, Iowa. She deals with the classic, iconic pinup girl who has spent most of her existence being objectified by men. Using these classic and iconic images as in-spiration, she gives these once objectified women power, a voice, and an attitude of their own. Through paint and canvas, she frees them from the male oppression that they’ve lived under and reclaims them as feminine symbol of strength, independence, and perseverance.

Sailors, Jaime Lane
David J. Lane was born in England in 1967. His parents immigrated with him and his sister to Winnipeg, Manitoba, Canada in 1969 where he grew up. David creates architectural, landscape, figurative, and themed paintings for art shows and commissions. He has also taught life-drawing and human anatomy at Arts Institute in Vancouver, Canada. He enjoys creating realistic and fantastic art drawing his inspiration from nature and stories (below). David works in pencil, brush and ink, watercolor, acrylic and clay.

Bjlane found her passion in drawing and painting at a young age. This ﻿California-based artist is mostly self-taught, though she has hosted gallery showings, taught art classes for all ages, and captured her life and those around her with a brush. She has dedicated herself to her life’s passion by sculpting and painting with her unique, fresh and lively contemporary style. In her work, she captures her environment--the intricacy of living a metropolitan lifestyle with its ever-changing history, intermixed with modern technology and structure. In her plein air paintings there are suggestions of our modern world, as she incorporates power poles, light signals, freeway traffic and commonplace elements. In her portraits, she captures the essence of her subjects with a contemporary approach. In all her art there is a sense of underlying structure as she utilizes traditional design techniques, color composition, and balance in each piece.
And finally, Kenneth Jay Lane’s exceptional skills ensure him a permanent place in fashion history for his long career in jewelry design. His fabulous costume jewelry has caught the eye of the world’s most glamorous women for over five decades, including Jacqueline Kennedy Onassis, Elizabeth Taylor, Diana Vreeland, Audrey Hepburn, and Diana, Princess of Wales. In recent years, his pieces have become sought-after and collectable as precious gems, with vintage pieces now selling at Christies and Sothebys. Today his name has become more internationally recognized than ever. His designs have been worn by such celebrities as Madonna, Sarah Jessica Parker, Lady Gaga, and many more. Like myself, he's even written a book, which he titled Faking It. In it, he recounts his remarkable career and friendships with the Duchess of Windsor; First Ladies Jacqueline Kennedy Onassis, Barbara Bush, and Nancy Reagan, as well as film greats Audrey Hepburn and Claudette Colbert along with the many others who have inspired him. 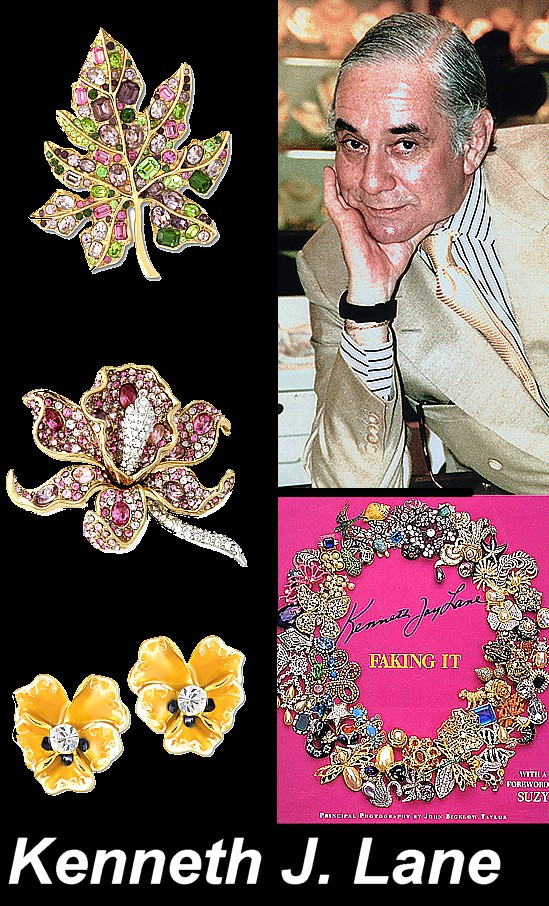