In researching this article, I came upon an advertisement for summer school classes at the Repin Art Institute (part of the Russian Academy of Arts) in St. Petersburg. For €1,350 you could have spent this summer studying at the most prestigious art schools in one of the most beautiful cities in the world (certainly in all Russia). There was no indication as to whether you had to learn to speak Russian first. What I found fascinating was the fine print at the bottom of the ad regarding the content of the admissions portfolio:

No digital work of any kind.
No works made from photos (absolutely "no" for the Academy).
No fantasy, 3D, etc.
Only classical, academic samples of real objects and real people.


Except for the restrictions at the end, those requirements have probably not changed in the past four-hundred years. Actually, the restrictions themselves are the most telling, indicating a course of study that has changed little, if at all, in those four-hundred years (or more). The only item which has changed significantly was the missing notice that "women need not apply." Co-education, at some time or other, has arrived even in Russia. Who knew?
Although I could find no information of women being accepted as academic students in Russia, if I had to guess, I imagine it would not have occurred until after the 1917 revolution. If so, that would make Russia one of the last to welcome academically trained women into the ranks of professional artists. England's Royal Academy was one of the first, starting in 1837, though their numbers were limited and academic restrictions were many. Gradually, as the century progressed, both in American and Europe, the numbers and the academic opportunities increased. Of course, there had long been a few outstanding women artists, but very often they were trained by their fathers or other relatives. During the 17th century, they included such outstanding talents as Elizabeth Vigee Le Brun, as well as Judith Leyster, Artemisia Gentileschi, Sofonisba Anguisola (below), along with a few others.
The root cause of such academic discrimination had little to do with misogynistic prejudice or gender bias as one might expect. Most male artists were intensely fond of women, even those wielding a paintbrush. The problem was the academic insistence that one could not study art without also acquiring an intimate knowledge of the nude human body--a myth dating back to the Renaissance or before. Social mores of the time insisted that women should not look upon the nude body in a public setting (such as an art class), especially in mixed company and especially if that nude body was of the opposite sex.

Families with broad minds and deep pockets could always arrange for their daughters to train locally under a trusted male artist, sometimes in exchange for serving as models themselves. As more and more women sought academic art training there developed first the limitation that women could only draw the human anatomy from plaster casts. Women, and even their male counterparts, found that whole idea as silly as it sounds. Then art institutes began offering segregated (by gender) art classes in which women could only draw or paint female models or semi-nude male models (often adolescent boys so as to supposedly reduce any sexual overtones). It wasn't until the advent of the 20th century that schools and colleges tiptoed into offering mixed gender art classes with both male and female models (but never in the same class session). It soon became apparent that women's seeing and drawing male genitalia had no adverse effect on the gentler sex (or their models).

Two world wars and the resulting changes in longstanding social interactions involv-ing men and women brought on an overall more progressive attitude with regard to sex and gender relationships. The 20th-century academicians gradually came to the realization that there was more to art training than drawing naked men and women. By the time I was doing my undergraduate work during the early 1970s the course requirements as to rendering the human figure had been whittled down to one drawing and one painting class having nude models. And in fact, we were not required to draw from either but could, instead, work from photos, which did not necessarily involve nude figures. What would Ilya Repin say? 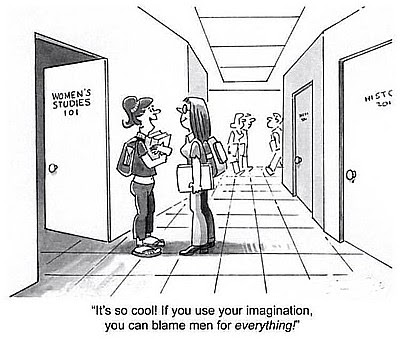