Several years ago (2010 to be exact) my wife and I spent Christmas with my brother, who had a condo in Miami Beach. He commented that I should have come down a few weeks earlier; I could have taken in Art Basel. I hate to admit it, but I had to show my ignorance by asking, "What's Art Basel?" To hear him tell it, Art Basel was what we might call "the mother of all art shows." Having spent way too many weekends exhibiting at local art shows I wasn't much interested in another one, be it the mother, the father, or the bratty son of all art shows. I suppose I should have been more interested, and vaguely realized later that I should have taken his advice. Despite the fact my little brother was prone to exaggeration at times, in this case the more apt definition would have been the sister of all art shows. There are actually three annual Basel shows, Miami Beach, Hong Kong, and the oldest "sister," Basel, Switzerland. Each is held at different times of the year. The 2017 version of Basel, Miami Beach closed about three weeks ago.
To more precisely describe Art Basel, Miami Beach, it's a four-day-long trade show in which lots of art and money changes hands while the partying in the background goes on almost 24-7. You don't have to be a millionaire art collector to drop in (though it helps). Actually a single-day ticket is sixty bucks--modest enough for most art appreciators but high enough to keep out those who have to ask, "What's Art Basel?" To get a little more cynical, it's a convention of art galleries owners from all over the world who pay big bucks to set up their white-walled booths (below) and showcase the latest work of their artists (especially their new artists). Beyond that, it's a not-very-subtle exercise in one-up-man-ship. It's also a textbook example of how selling art is one of the most peculiar (and risky) businesses in the world.

This year (and in most years) the 500,000-square-foot exhibition space at the Miami Beach Convention Center was divided into nine sectors: Galleries, Nova, Positions, Edition, Kabinett, Survey, Public, Film, and Magazines. These sectors allow visitors to navigate the fair and to experience different aspects of contemporary art. Inasmuch as that's a lot of material to cover, start by checking out the video below.
﻿

Nova--Designed for galleries to present one, two or three artists showing works created within the past three years. The Nova sector features strong juxtapositions and never-before-seen pieces fresh from the artist's studio.

﻿
Positions--This sector allows curators, critics, and collectors to discover ambitious new talents from across the globe by providing a platform for a single artist to present one major project. 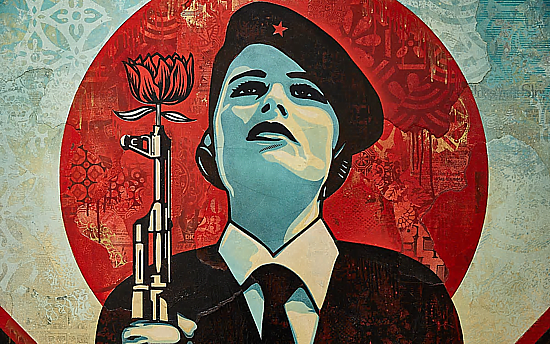 ​Edition--Leading publishers of editioned works, prints and multiples exhibit the results of their collaboration with renowned artists, providing visitors with the opportunity to see significant and rare publications.
﻿ 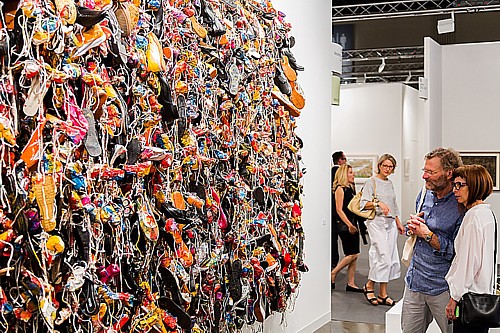 Kabinett--In a separately delineated space within their booths, galleries present a curated exhibition by an artist of their choice. The diverse curatorial concepts for Kabinett include thematic group exhibitions, art history showcases, and solo shows for rising stars.

﻿﻿
​Survey--Survey presents precise art historical projects. These may include solo presentations by an individual artist, juxtapositions and thematic exhibits from artists representing a range of cultures, generations and artistic approaches. 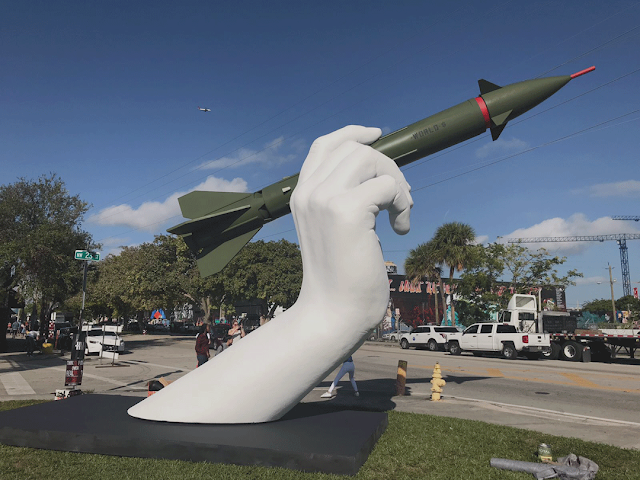 Public--As part of Art Basel's show in Miami Beach, large-scale sculptures and installations by emerging international artists are installed in Collins Park. Public is curated by Philipp Kaiser, independent curator and critic. The sector is produced in collaboration with the Bass Museum of Art and supported by MGM Resorts Art & Culture.

Film--Organized in association with David Gryn, Director of Data Editions and London's Artprojx, this sector presents a dynamic program of cinematic art. Outdoor screenings take place at SoundScape Park, where works are shown on the 7,000-square-foot projection wall of the Frank Gehry-designed New World Center. In addition, New York-based film curator Marian Masone selects a feature-length film for a special screening at the Colony Theatre.

​Magazines--Art publications from around the world display their magazines in single-magazine stands or the collective booth. Editors and publishers often attend the show and many magazines contribute presentations to Conversations, our series of lectures and discussions by prominent members of the art world.

I mentioned "bratty sons" earlier. Besides attracting thousands of curious art-lovers to the city, Art Basel also draws in heaps of music fans as a number of special electronic events pop up in celebration of the showcase. There’s a ton to do and not much time to do it. There's even a printed guide to the best Art Basel parties to lead visitors through Miami’s nightlife while the exhibits are in town. The "brats" take the form of a robust roster of satellite fairs, such as Miami Art Week and Design Miami, which kick off with a host of carefully curated exhibitions and dramatic installations across Miami Beach and the surrounding area. There's a deluge of museum-worthy displays featuring the latest in furnishings and lighting, to appreciate alongside oceanfront vistas. There's literally art for every taste and budget.
﻿
One of this year's best satellite shows took Basel visitors through an art history lesson. The exhibit featured works by Jasper Johns, Roy Lichtenstein, Andy Warhol, Tom Wesselmann, and more. “Pop Art ”& allowed viewers to learn from the rarely-seen works of several Pop legends, with pieces pulled from the private collection of Martin Z. Margulies. Other peripheral exhibits in and around Miami Beach included displays by the Institute of Contemporary Art (ICA), while Design Miami ran alongside Art Basel and Miami Art Week, Design Miami brought together collectors, designers, curators and critics for a display of the latest in high-end furniture, lighting and art.

Miami has an unlimited amount of talent waiting to be discovered. There’s an element of vibrant energy that connects young artists, pulling them together to consider the area as a place to live. Art Basel, founded in Basel Switzerland in 1970, is well-known for its various art galleries which carry some of the most prestigious local and international art to be found. Art Basel’s directors selected Miami for their American debut as they acknowledged the potential the city has, whether they move to utilize facilities in Midtown Miami, Brickell, or Miami Beach.

Art Basel brought 82,000 to Miami in 2017, underlining the fact that the Miami art colony continues to flourish, attracting tourists to the city. Art Basel can not only attract individuals from all around the world for an event-filled week of art. No art show can demand that they stay. Yet it can surely cause them to consider such a move. There’s something about the area that gives each new arrival the desire and inspiration to taste of the Miami lifestyle. Art Basel, Miami Beach, returns December 6-9, 2018, to the Miami Beach Convention Center, 1900 Washington Avenue, Miami Beach, Florida.